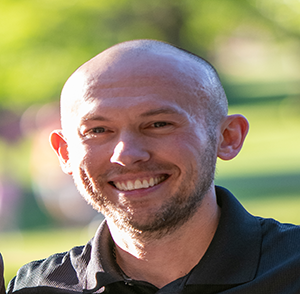 Tim has been an official for WIHOA since 2010. He has served numerous positions on the board starting as a general board member in 2014, then a vice president in 2017, and he has been serving as the WIHOA president since 2020. Tim has been an assigner for various rinks since 2016, but he has taken a role focused on college and junior assignments this year.

Tim is one of our most experienced officials. He has gained a great amount of experience from working numerous local games. Beyond that, Tim has had the pleasure of representing WIHOA at multiple USA Hockey and ACHA regional and national tournaments.

Tim loves serving on the WIHOA board because it allows him to give back to the game that has given him so much in his life. He ennjoys recruiting and mentoring new officials. He revels in the opportunity to influence how our association is viewed, striving to increase our structure, consistency, professionalism, and efficiency. He is excited to do his part in growing the Utah based officiating community and ensure that the product on the ice is one to be proud of at all levels.

Outside of hockey, Tim is a sales manager for a finalcial services company. He enjoys spending with his beautiful family, Erica and their three kids. Tim loves enjoying music and nearly every sporting event.